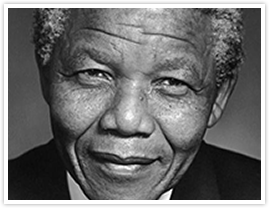 Leaders are not defined by the position they occupy, in fact, many leadership positions are occupied by people who are not great leaders. Rather, leaders are defined by their ability to motivate and rally people around a common goal. Throughout history and even in our everyday lived there were and are many such people. What are the key elements that define their greatness as leaders?

Listening– Leaders take the time to listen to others. By being attentive to the needs of those around them they can see where there is room for improvement in their community, giving them a goal to rally their followers around.

Empathy– The Dalai Lama said, “Be kind whenever possible. It’s always possible.” The best leaders take the plight and needs of people to heart allowing them to get the drive that the y need to pursue their goals.

Attitude– Great leaders have a courageous, impetuous, and upbeat attitude. This allows them to win over allies and overcome obstacles and opponents.

Dare– Leaders dare to dream big. They do not get deterred of obstacles, instead they have the visions to attack problems head on and inspire their followers to overcome all obstacles in their path.

Effective– A vision is useless without an effective executions. Leaders don’t spend all day dreaming and conjuring visions, they have the ability to spot the most effective ways to reach their goals.

Resilient– We all have obstacles we have to overcome in our lives and leaders usually have even larger obstacles. Leaders need to have the tenacity not to give up and recover quickly from setbacks.

Sense of Purpose– From the outset leaders have a strong sense of purpose. This not only helps drive them in the achieving their goals but it also, in turn, is instilled onto the leader’s followers.

Humility– Leaders have to be capable of humility, being able to recognize their limitations and allowing others to take the lead when needed.

Integrity– It’s important for leaders to keep their integrity throughout their lives. No matter how well regarded a leader may be, one slip is all it takes to shatter the image that they’ve built up for themselves and the cause that they’ve stood behind.

Packing Parachutes– This is a metaphor for mentorship. Leaders have had their share of mentors and they recognize how much impact they can have one someone’s life being being a mentor for them.

These ten principles are key not only to rally followers around a goal but rather to make the visions and goal live well past the lifetime of the leaders themselves, ensuring their dreams and visions come true.